Alfred Jarry: The Man with the Axe


Reading his eloquent, paradoxically subtle and brazen writing, I could sense how desperately he had sought to transcend the bewildering contradictions inherent in human existence. The soul is a tic, he had groaned as he wrestled with the polarities of vulgarity and purity, scientific reasoning and mystical speculation.

Pataphysics, his science of imaginary solutions, was his attempt to contain all his highly contradictory urges under one enormous, billowing circus tent without attempting to harmonize any of their discord. Realizing this, it was easy to appreciate the all-too-human torment that lay just beneath his brusque, often brutal, exterior.

Finally, when I discovered that Jarry had written the original version of his best-known work, the play Ubu Roi or Ubu the King , as a satire on his bourgeois and fatuous high school physics professor, I was hooked. From that point onward, my own high school career became more and more pataphysieal and rebellious until I was finally dismissed from my studies, rather curtly and without benefit of diploma, a year early; apparently the administration was more concerned about my noxious influence on other students than it was with its own pedagogic obligations.

Jarry was always perched on the edge of my unconscious when I wrote, a truculent intellectual guru armed with loaded pistols and a fencing foil. He was a dogged taskmaster, too: whenever anything even faintly maudlin or sentimental threatened to creep into my work, he would rattle his imaginary saber warningly and growl in his characteristic monotone, E-mo-tion-al out-bursts are ex-treme-ly un-pat-a-phys-i-cal. As my self-appointed patron saint of Pataphysics, he admonished me always to keep an eye peeled for the exception, never the rule.

Under the trenchant tutelage of this nihilistic animus, my output became uniformly singular, if not so uniformly saleable. But despite the fact that Jarry had left an indelible imprint on 20th-century literature and art, I rarely encountered anyone else who had even heard of him. In fact, one good friend of mine, Lincoln Haynes, a newspaperman and writer, actually accused me of fabricating Jarry from the pataphysical cloth of my deranged mind.

I soon reached the conclusion that Jarry had to be one of the best-kept secrets of 20th-century literature. Even the blurb on the back cover of The Selected Works started out with the perhaps rhetorical but ultimately unsettling question, Who was Alfred Jarry?


This book, then, is my attempt to answer that question. For despite his sideshow trappings and deliberately outrageous behavior, Jarry was actually a profoundly serious writer, concerned with the largest and most timeless issues—the horrors of human greed and rapacity, the multitude of ways in which it is possible to perceive reality, the relationship between mere man and the powers of the universe, the unfathomable mysteries of sex, and the ultimate perfectability of mankind. 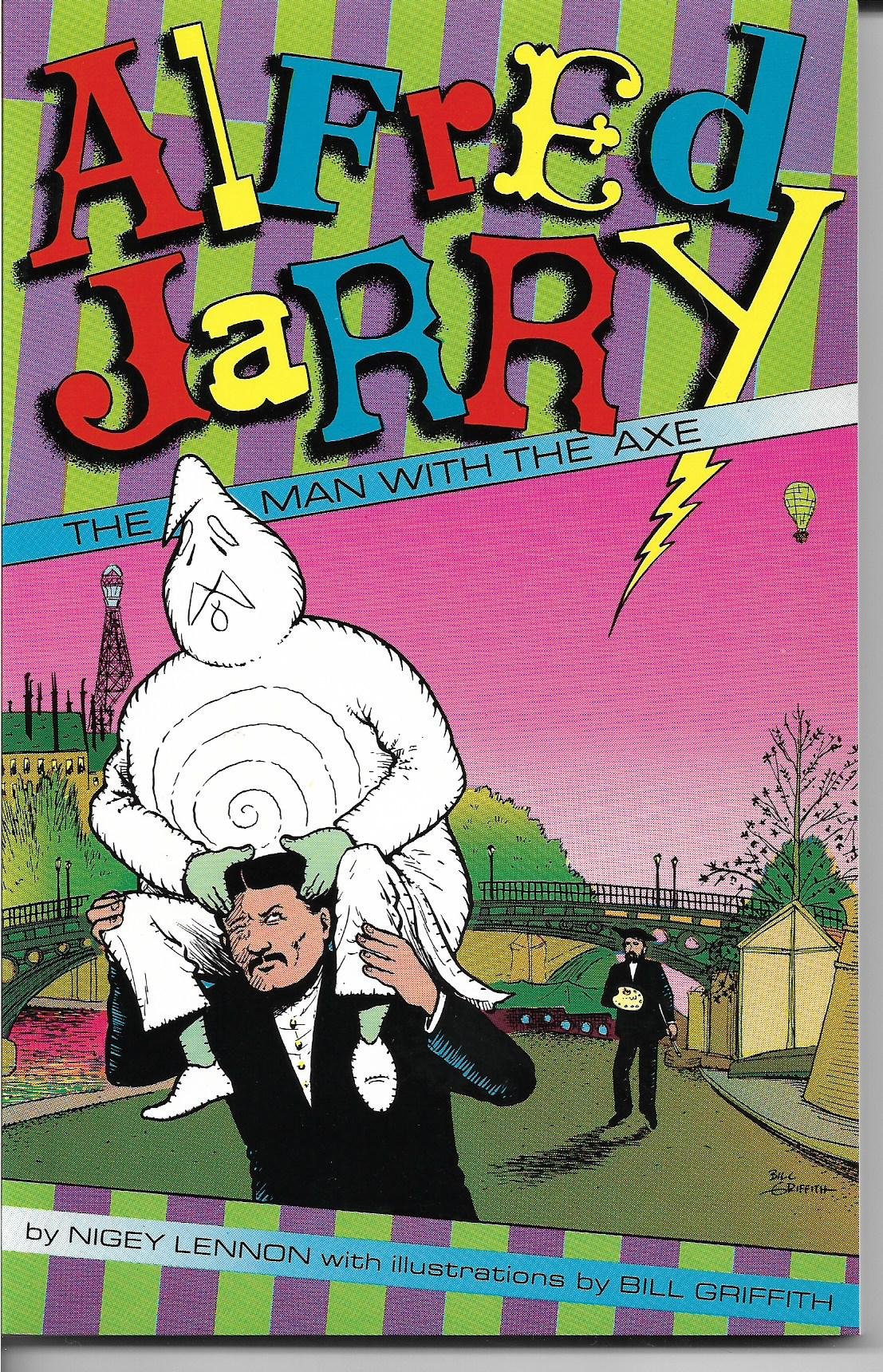 As a human being and as a writer, Alfred Jarry experienced both darkness and light; his genius lay in his staunch refusal to see the one as separate from the other, and in his burning desire to push past the perceptual obstacles that tie us to the mundanity of the familiar and prevent us from soaring out into infinity. In his life, he almost made it; in his writing, he succeeded beyond a doubt. Lurking somewhere in the personal legend of his life and the literary mythology of his writing was a genuine human being, perhaps small in stature but certainly enormous intellectually.

The circumstances which attended the birth of Alfred Jarry, absurdist author supreme, were so parochial and ridiculous that their product was destined to spend the rest of his short life attempting to obliterate them. Along the way he also managed to trash, torch, and hatchet vast expanses of 19th century morality, almost as an afterthought.

From Wikipedia, the free encyclopedia

Jarry, of course, was hardly the first exceptional mind ever born into a mediocre environment, but his reaction to that environment went beyond mere reflex to extend into the rarified realm of literature. From this end of time, we can only commend him for the thoroughness as well as the originality of his approach. It has been duly recorded that Alfred-Henri Jarry made his first appearance in this best of all possible worlds at A.


As for Anselme Jarry, he was later to be dismissed by his only son as an unimportant bugger. Whether this was deserved or not, Anselme can truthfully be regarded as a French Willy Loman, a well-meaning but ineffectual bourgeois whose life serves as a textbook illustration of the old cliche, The road to hell is paved with good intentions. Anselme, however, had raised a few eyebrows in Laval with his sole gesture of independence: when the time came for him to choose a trade, he had abandoned the family occupations of.

The Man with the Axe

This action might not be possible to undo. Are you sure you want to continue? Stock Image. Published by Panjandrum Books, Used Condition: Near Fine Soft cover.

Save for Later. One of 2, unnumbered copies. Includes bibliography, miscellaneous notes, plus index. He was a major influence on later artistic movements such as Dada and Surrealism, and his nihilistic play, Ubu Roi, is acknowledged as the turning point in modern drama. In this first English-language biography, Nigey Lennon presents a vivid, stylish, and empathetic portrait of the man behind Jarry's mytho-absurdist persona, as well as a clear, insightful overview of his writing.

Alfred Jarry the Man With the Axe

We are an internet-only bookshop, with all items stored in our warehouse. We do not process orders directly, all orders must be placed via the AbeBooks website.